Divide and win. That is the philosophy of the internet. If you need to send some information from one place in the world to another one far away, what is the best way?
If you send all information along just one path, what will happen if a part goes missing? We’ll have to start again…
We can solve the problem using the TCP/IP protocol or (Transmission Control Protocol/Internet Protocol).
If you are at home in front of your computer, that computer is called a client. Then you start the browser ( a client program ) and request some information, for example, your favourite sports webpage that is located on

a remote computer ( a server ), so we have a client-server interaction. So, the browser searches for the remote computer on the internet and passes the request to the server (located maybe in the UK, USA or in another country ). The server then checks up your request and tries to locate the HTML file on its hard disk. On finding it, the server sends this file to your computer. To make this possible, it is necessary to “speak the same language”, that is the TCP/IP. Server can be located thousands of miles from your workplace. TCP/IP are used to transfer files or data from one computer to the other. Typically, the client is your browser (firefox, opera, explore ) and the server is a program running on a remote computer.

A program without TCP/IP program can communicate with other computers, so it is not possible surfing on the internet. 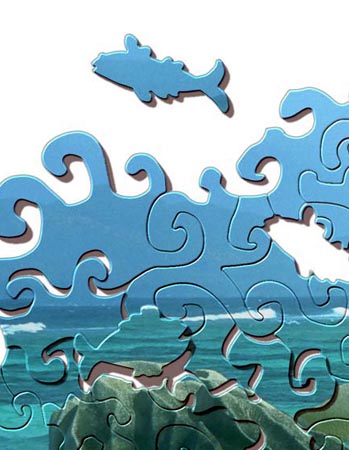 -> Let’s think again about the first phrase ( divide and win ) and let’s make a comparison with a puzzle. If I have a 10000 piece puzzle and I want to send it to Tokyo, my TCP friend will pack it all up in several envelopes, so I will probably need about 325 stamps. Now my friend IP will carry all of them and will visit some transport agencies such as UPS, SEUR, the post-office, etc. Every firm has its own routes so every envelope will take a different path from my house to Tokyo. カルロス ( my friend in Tokyo) has another IP friend who will pick up all the envelopes, then give them to its Japanese friend TCP who will do the puzzle so カルロス can see the puzzle.

• VoIP or Voice over Internet Protocol phones work by sending data via the Internet in tiny binary packets. It 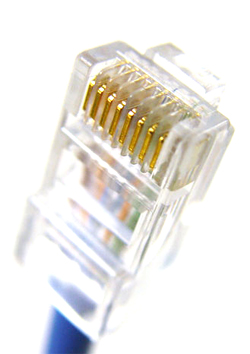 1 Your voice signal, which is analogue, is converted in an IP Phone from analogue into digital data. You can also use your PC, a special software and a microphone which substitutes a telephone.

2 The sending computer ( your VoIP software ) compresses the digital data, much like MP4 files.

3 The data ( your voice ) is divided into packets of about 30 milliseconds long.

4 All packets are sent to a modem-router which decides the best way through the Internet for each packet. They will travel by many different paths ( some will go to Africa, others to Finland, etc ) and consequently, they will arrive at different times. Some of them may even be lost. Because the packets are so small ( 30 milliseconds ), you won’t hear the difference if some are lost.

5 The receiving computer uses another VoIP software to put them in the right order.

6 The data is converted back from digital to analogue ( voice ) and played through your standard phone ( the phone you have at home ), PC headphones or IP phone.
• Companies such as JustVoIP allow you to telephone to the UK absolutely free or send SMS for 5 cents. ( 2009 rates )

Every computer has its own IP address and a website is held by a computer, so if you want to visit  www.petervaldivia.com you should know the IP and type it into the browser bar, that is 87.98.255.2.

It is really difficult to remember that number rather than petervaldivia . DNS server will sort it out.

Say you type www.petervaldivia.com into your browser’s address bar and hit return. Your computer will connect to your DNS server and it  just returns the IP for petervaldivia.

Gateway. A gateway is a network point that acts as an entrance to another network.