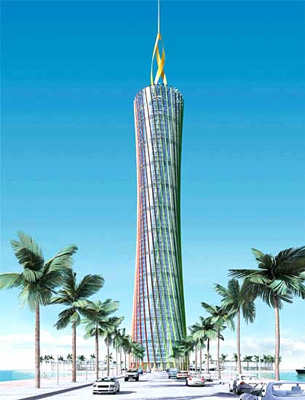 A structure is a group of elements somehow united to support a load with stability. Examples of structures are  bridges, electricity pylons or dams. Can you think of others?.

Well, you’ll probably think of tall buildings or long bridges, but there are also other examples such as chairs or tables that  we use every day. Even an egg has a structure.

In the image on the left, a modem skyscraper with two main structure

a) A skeleton, or frame, made of steel.

b)  The “skin of the skyscraper ” is the walls that are made of glass panels and thin concrete sheets.

All structures must be capable of withstanding the loads and forces for which they are designed. This does not however mean that they must always be rigid; some structures are designed to be flexible. Flexible structures are often more able to withstand dynamic forces. These are forces that change direction and quickly become more intense. Buildings, such as those built in earthquake regions of the world, can be made flexible.

A shell structure is one in which the strength reloads into the outer surface.  They are usually lighter than frame structures. For example, A turtle, an egg, an airplane, a boat,  a lobster or a car has a shell structure .

In a structure the form is very important.  The resistance of the structure depends on its form.  A good example is an egg.

Test:  Get an egg and place it vertically between your index finger and your thumb.  Now squeeze hard.  You will see that however hard you squeeze, you will not be able to break the egg.  You can even do it with both hands, by interlacing your fingers and squeezing the egg between them so that force is applied at both the lower and upper ends of the egg.

Sometime we use objects that are a combination of both structures.  An example is a Chair.  There is  a tubular steel frame structure ( whose function is to support the load ) and a shell structure ( piece of wood, plastic or metal  which you sit on ). 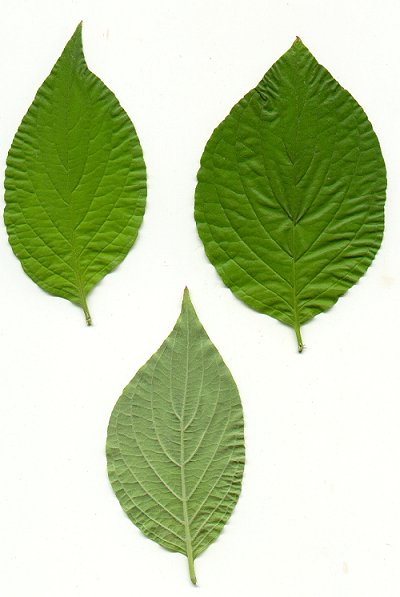 They are structures that have a  skeleton associated with them.  A example are leaves   with frame structures and skin on them. If they have no   “skin” on them, they are called  “open frame”.

An  example of a natural open frame structure is the  spider’s web. 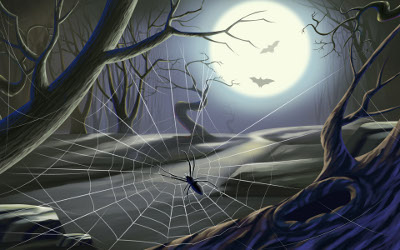 A redundant member is a part of a structure that  has no mechanical function, so there is no force applied to the element. So, if there are no forces, redundant members can be removed from structures.

A example in a house is a brick. If you push  down a wall in you living room to make that space bigger, the building would be affected. ( It is not a very good example, but I think you now understand what is important in a structure ).

In a structure we can define a force  as  any agent that causes stress or compression  in a fixed body:

The force of gravity pulls everything downwards towards the earth. There are forces acting on us all the time
Force is measured in Newtons (N).

Structures are built to support static (not moving)  and dynamic loads. For example, in a building, static load is the weight of beams, cement, glasses, etc and the dynamics loads are furniture , people, computers, tables, etc.

Dynamic loads are more important that Static loads because….. let’s see a example:

In a chair, the  design is made  to support the heaviest person sitting on it ( static load ), but if a boy start to jump on it  ( dynamic load ),  the chair is more likely to break.

TYPES OF FORCE THAT ACT ON A STRUCTURE

All these forces must be taken into account in designing structures. If the designer does not consider these forces, there is a big risk of  crumbling, distortion, deformation or falling in all types of structures (bridges, buildings .. )

To prevent disaster, most structures are designed to withstand greater force than would be expected. 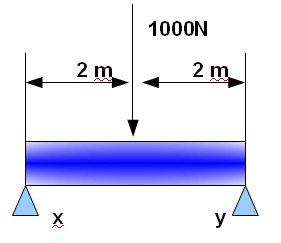 The simplest way of supporting a load across a gap is to use a beam. This is the simplest form of bridge,  using a tree trunk to span a stream. What is actually happening is that the forces that act upon the beam or bridge, caused by any load upon it and the weight of the beam itself, are being transferred to the support either side, as in Figure on the left.

If the beam has a force that acts in the middle  ( it could be its own weight ) , then the forces at either end are equal.  In this figure, we have that Force at Point x = Force at point y = 500 N

Together they are also equal to the total force acting downwards.

These are said to be equal and opposite reactions. If the force is moved  towards one end then that end needs to react more, and subsequently  the other end reacts less, but together they are always equal to the total downwards force.

What happen if the load is not in the centre?

Look at the  example shown in the next figure. The reactions at Y  ( red point ) will be  less than at X ( green 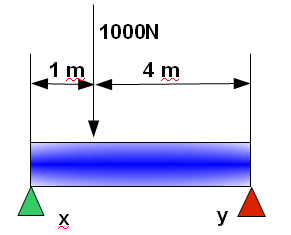 a ) Draw in your notebook  this example and calculate the reaction in A and in B.

b ) Try to find out the general formula for any exercise.

What happens in a beam?

When beams bend, the top surface is compressed and the bottom surface is stretched as  shows in Figure. You  can see, therefore, that the important areas for a beam to be strong are the top and bottom. The strength at the centre is not  so important.

In practice the major design issue with beam construction is making the  beam as light as possible without reducing its strength. This is called the ‘strength-to-weight ratio’.  The cross- sectional shapes of modern beams have enabled them to become lighter without compromising strength.  The next  figure shows a range of beam sections. 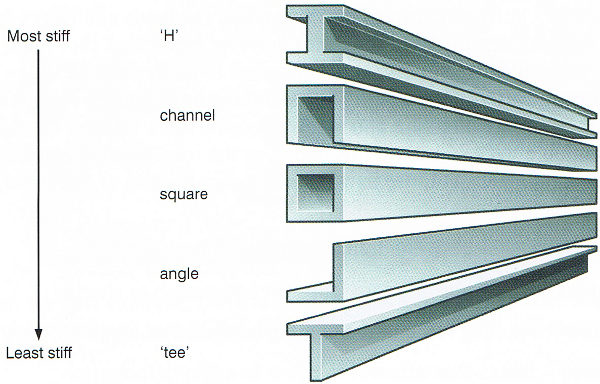 In this illustration we have:

1º Foundation: Made of reinforced concrete that supports all the weight.

2º Columns: They transmit the building’s weight to the foundations 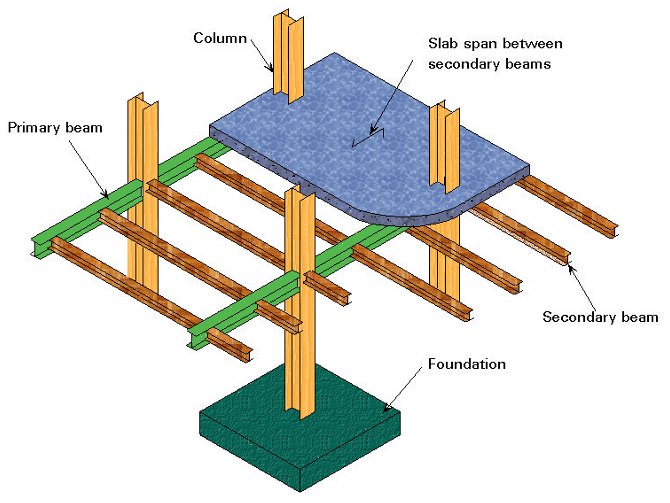 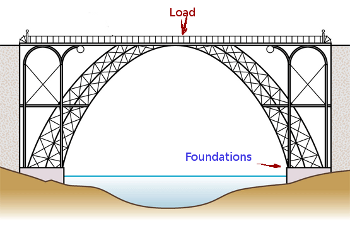 4º Arch.  Like a single beam bridge, the arch transfers the load to the Foundations.

Think that each structural element of an arch is either joined by screws or  welding. So, what about the roman arched bridge?

Have a look at the next image

In the keystone the top end is bigger than the bottom end so the stone never falls and the arc is formed.
The weight is shared by the lateral faces of the stones until it reaches the foundations.

A bridge is a structure built to span a  physical obstacle such as a river or two pieces of  land separated by the sea. The first bridges were simple wooden beams, but nowadays they are complicated structures.

A suspension bridge is a type of suspension structure.  There are  several beams which  are hold by dozens of steel wires.

they could have 2 or more Columns, which support all the weight. The space between two columns   is called Span.

This type of structure is very good for covering large distances ( large span ) but are very expensive. 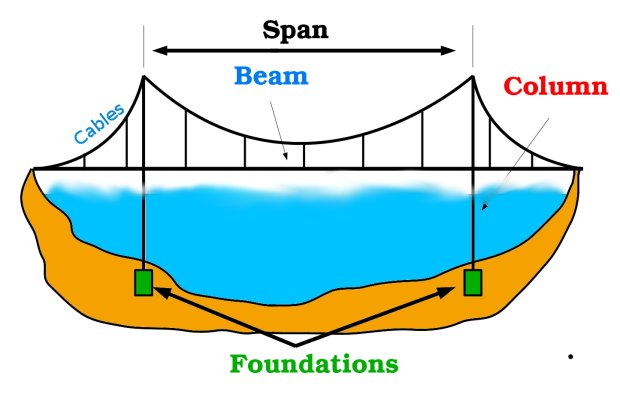 Apply a pushing force as shown, and observe what happens to the frame.

Can you think of anything that can be done to prevent the structure from deforming like this?

The next illustration shows the simple triangulated system.