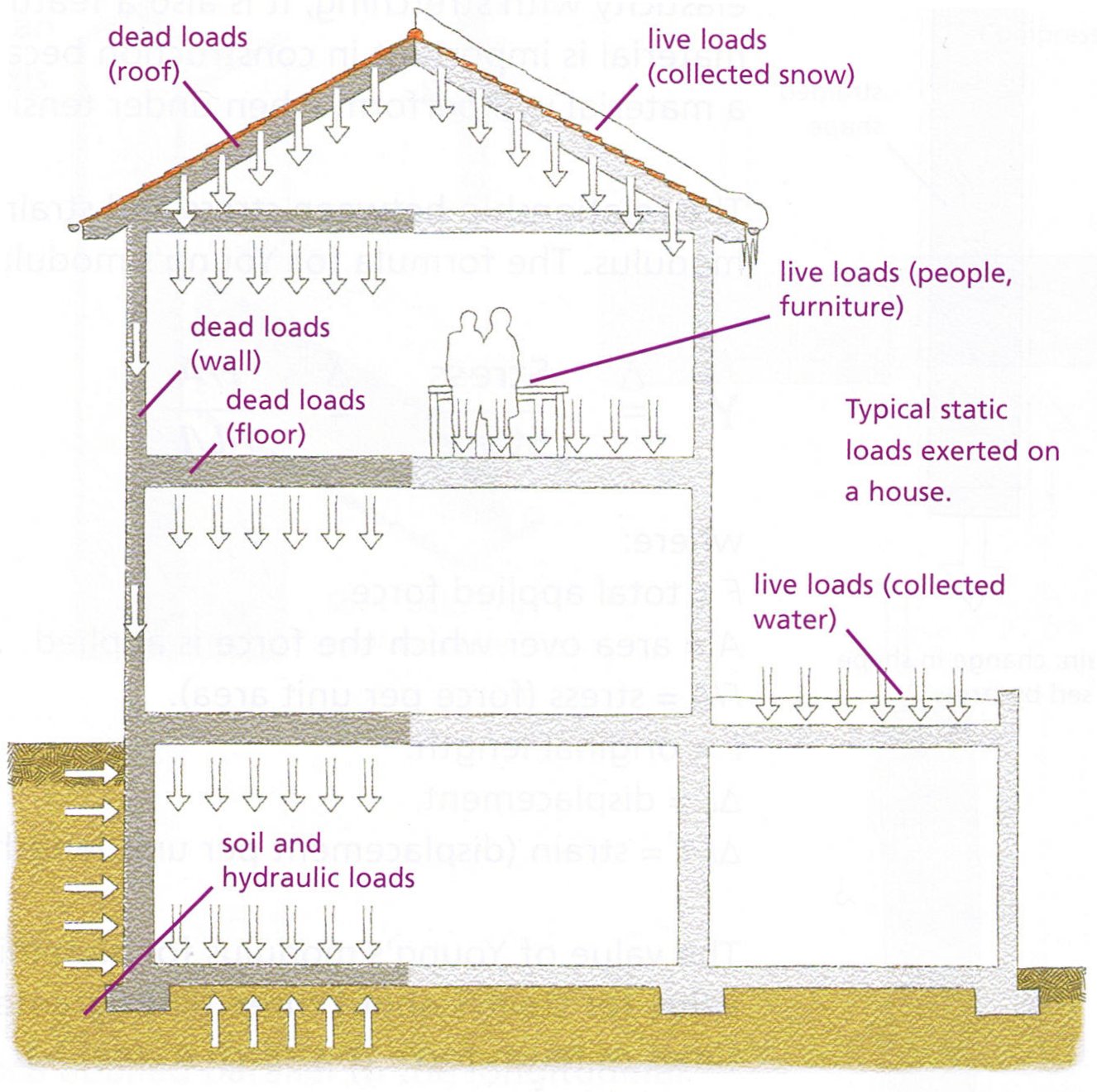 The structural system of every house is required to support and transmit various loads. These Loads can be classed as static or dynamic.

Loads that are applied slowly  to a structure and do not change quickly. Examples of static loads include:

Loads that are applied suddenly to a structure, often with rapid changes in magnitude and point of application

The primary functions of the floor are to support the imposed loads and to provide a level surface for the activities that are carried out in the home.

Floors must be designed to meet a number of performance requirements, including:

A typical Spanish Home uses hollow tiles to withstand both live and dead loads. Made of clay or concrete, they are placed between two tie-beams. It is very easy to install as you only have to put it between two tie-beams. Later, cover with a concrete layer which could contain a iron wire netting (see next illustration). 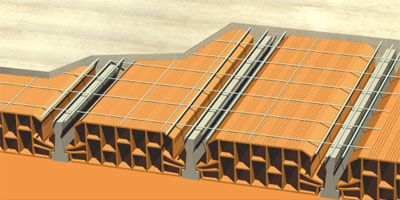 The hollow tile is later coved by a layer of concrete. Floors are finished with floor tiles or boards.

The primary functions of the external walls of a house are to support the loads generated  ( only in case of a no-columns structure )  and to create a comfortable living space. Walls   must be designed to meet a number of performance requirements including: 1st Strength and Stability — The strength and stability of an external wall depends on: — the strength of the components used (E.g. blocks, mortar)

— Eccentricity of the applied load — the force experienced by the wall from above must be centred.

Bonding is an essential design feature of masonry walls and greatly improves the strength of a wall by ensuring that it performs as a continual unit. Bonding is defined as the overlapping of blocks or bricks to ensure that the vertical and lateral loads are dispersed evenly throughout the wall. See photo below

The most t common method used for housing is the cavity construction. This  involves building a wall that consists of two separate walls, an inner wall  and an  outer wall, with a small gap ( called a cavity ) between them and another bigger gap for an  insulator. The cavity prevents the moisture absorbed by the outer wall reaching the insulator and the inner wall. The inner and outer walls used in  construction are normally referred to as the inner leaf and the outer leaf.

3 rd Thermal Insulator.  The proper thermal insulation of walls is  essential to ensure that heat is not lost from the home. Poor thermal insulation leads to greater fuel use which in turn is damaging to the environment and expensive for the home owner. Masonry cavity walls are usually insulated by placing a continuous layer of rigid expanded polystyrene foam insulator into the cavity. This insulation board is held tightly against the  inner leaf. This means that when the house is heated the heat energy is absorbed by the inner leaf. For this reason it can take some time for a comfortable temperature to be achieved.  However, once warm, concrete cavity-walled homes can remain so for several  hours after the heating is turned off, as the concrete inner leaf acts as a heat store. 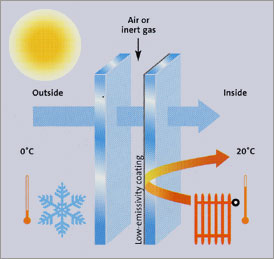 In the photo above this paragraph, a further improvement can be made by  applying a special Low-emissivity (Low-e) coating to the inner pane of glass. Low-e glazing allows the short-wavelength heat energy from the sun to enter the house but acts as a barrier to the escape of the Long-wavelength energy from internal heat sources. About 60% of the heat energy lost between the panes of glass in a double-glazed window is long-wave radiation.

The primary functions of a roof are to protect a building from the weather and to retain the heat generated inside. Roofs must be designed to meet a number of performance requirements, including:

1st Strength and Stability — The structural stability of a roof is tested every day. The Loads exerted by the weight of roof tiles, the wind blowing against it and the additional weight of rain or snow, are considerable. • Weather Resistance — Every roof in the world is sloped to some extent. Even so-called flat roofs are slightly sloped. The reason we slope roofs is to dispel rainwater. • Thermal Insulation — To prevent heat loss the attic space of most roofs ¡s insulated with blanket (quilted) insulation.

The primary functions of internal walls is to divide the overall space within the house into smaller spaces. The Next photo shows the electrical circuit and plumbing. 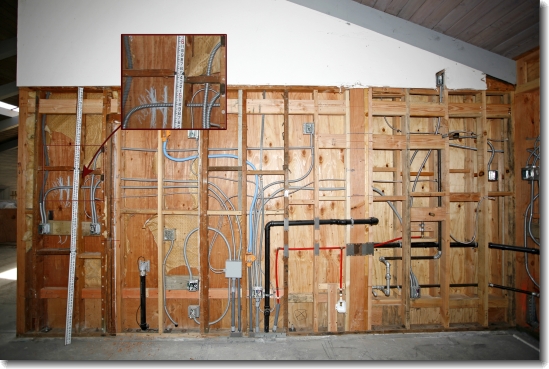 Failure: an act or instance of failing or proving unsuccessful; lack of success.

Rot: to deteriorate, disintegrate, fall, or become weak due to decay

Masonry:  work constructed by a mason, stonework or brickwork

Mason: a person whose trade is building with units of various construction  products, such as stones, bricks, or tiles, usually with the use of mortar or cement as a bonding agent.