Gears or toothed wheels are type drives which are used to transmit motion between two shafts or a shaft and a component having linear motion, by the meshing of two or more gears.

The ratio of the rotational speeds of two meshed gears is called the Gear ratio.

The smaller gear makes more revolutions in a given period of time; it turns faster. We always have:

If you want to create a high gear ratio, nothing beats the worm gear. In a worm gear, a threaded shaft engages the teeth on a gear. Each time the shaft spins one revolution, the gear moves one tooth forward. If the gear has 60 teeth, you have a 60:1 gear ratio in a very small package. Below these words, a worm gear representation and  a windshield wiper. 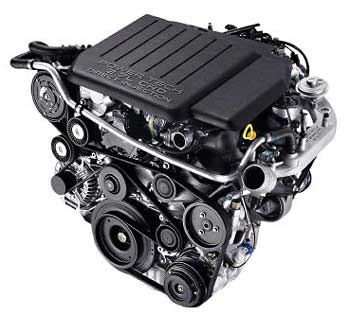 The advantages of chains and belts are their light weight, their ability to separate the two gears by some distance, and their ability to connect many gears together on the same chain or belt. On the right, you can see some toothed belt connecting the axel motor to other components of the car engine

Notice the shaded areas in both pulleys. In the time the small one makes one turn, the bigger just makes a half turn.

Pulley systems are used when there is a need to transmit rotary motion.. It is a simple mechanical device to winch a rope up and down. When the motor is turned on it turns the driver pulley wheel. The belt causes the driven pulley wheel to rotate as well, winding out the rope.

Everyone has used a bicycle and noticed that it is driven by a large driver gear wheel (pedal gear) with pedals attached. Smaller gears at the back are driven round, in turn driving round the back wheel. As the back wheel turns the bicycle moves forwards. Gears driven by chains are used in motorcycles, in car engines , etc

The rack and pinion gear system allows rotary motion of the steering wheel to be converted to linear motion.

The picture ( below) shows  a vehicle and its steering system. This allows the steering wheel to turn the wheels left and right so that it can be steered.

Above, the crankshaft( in red), sometimes casually abbreviated to crank, is the part of an engine which translates reciprocating linear piston motion into rotation

A cam and follower system is a mechanism that uses a cam ( blue piece) and follower to create a specific motion.  The cam is in most cases merely a flat piece of metal that has a specific shape

shafts: A long, generally cylindrical, bar that rotates and transmits power, such  as the drive shaft of an engine

Wander: To move about without any particular destination