What does it mean: ac/dc? Ok, apart from a rock group? 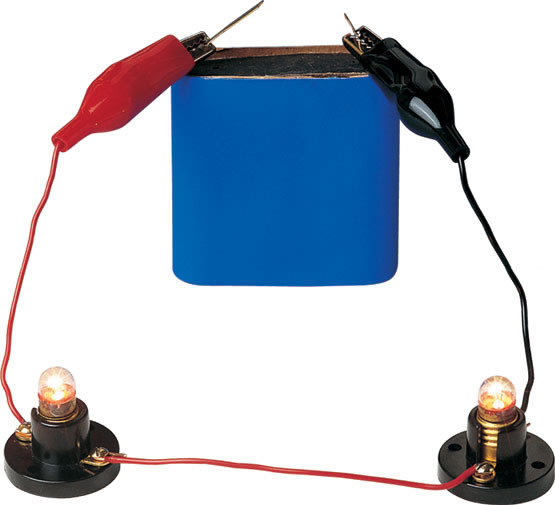 The circuit on the left is called a series circuit. There is only one path for the electrons to move. Electrons do not build up or leak away from the wire at any point, thus the same amount of charge is passing through every point at any given second.

How can we measure the current?

To measure the size of an electric current we use an ammeter. Smaller currents are measured on milliammeters.

The current is the same at every point in the wire in a series circuit.

Of course, if every electron makes a works to light up the bulb, its energy will be reduced every time it  passes the bulb. They lose potential energy.

The Current at a junction of conductors 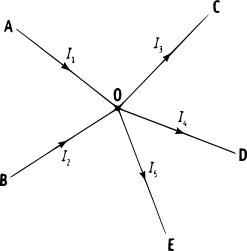 1º Find the current flowing through wire W in the next figure: 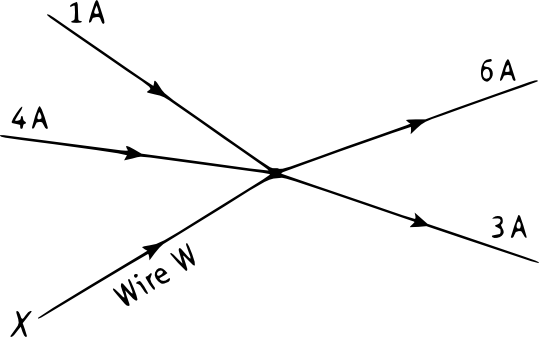 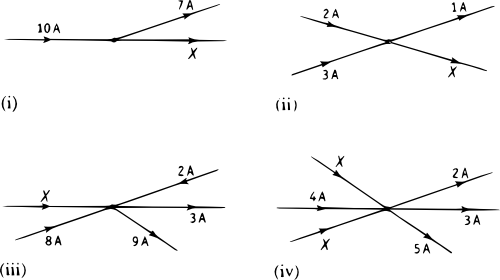 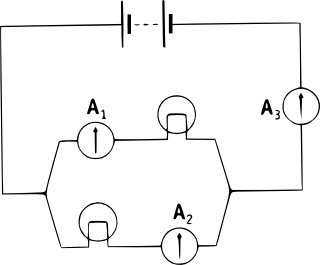 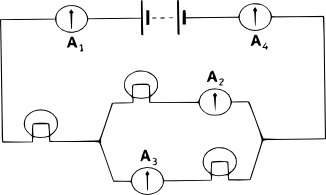 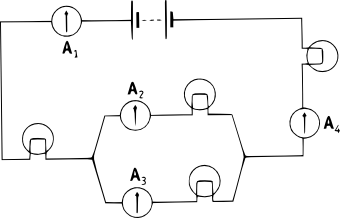 Electricity always take the shortest path (way) to the ground.
As your body is 60% water and that makes you a good conductor of electricity, if a lightning falls on a tree and you touch the tree you become the best path ( the path with of least resistance ) to the ground and you have a good chance of getting electrocuted.

On the left, A  Eucalyptus tree that was blown apart by a lightning strike

Appliances: machines, using electricity, that do a job for us in the house.